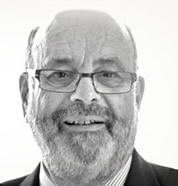 Peter Kreisky, Founder and Chairman of The Kreisky Media Consultancy, LLC, is a recognized expert on the media industry, who specializes in strategy at the intersection of technology with traditional media. He is both a senior strategy consultant and an expert advisor to major organizations. A great deal of his work has focused on traditional media companies seeking to develop new digital business models beyond their present expertise.

Peter founded The Kreisky Media Consultancy, LLC in 2002, based in New York, after ten years at Mercer Management Consulting (since renamed Oliver Wyman) where he founded and headed its global media practice, six years at McKinsey & Company, and three years at CBS Inc.’s Publishing Group. In 2008, he was recruited to be a Senior Advisor of The Boston Consulting Group (BCG), and in 2010 he joined Time Inc. as Senior Advisor, in essence its chief strategy officer. He has served more than 40 clients across hundreds of strategy assignments, most of them leading companies in media and entertainment sectors that include Consumer Magazines, Newspapers, B2B Media, Internet/Digital Media, Television, Radio and Music.

Peter grew up in Great Britain, is a graduate of Cambridge University and holds an MBA from Stanford Business School. He sat on the Board of The New England Journal of Medicine for 10 years and is a 25-year member of the Paley Center’s Media Council. He is an Academic Advisor to Yale University’s international publishing program, and has taught at Stanford University, NYU and Columbia. Kreisky Media is an Associate Member of MPA-The Association of Magazine Media.