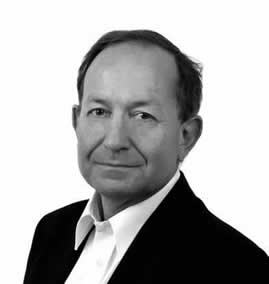 David is an extremely experienced businessman and general manager with a long track record of creating value for shareholders. He co-founded Ravensbeck in 1986. He is currently a Director and investor in Hoptroff London.

In 2005, David established and led Sparrowhawk Media, an equity-backed buy-out of Crown Media’s international TV assets, including the Hallmark Channel international. As CEO, David launched a number of successful television and new media ventures. After less than 2½ years he took a leading role in negotiating the sale of Sparrowhawk to NBC Universal, delivering over 30% IRR to investors.

From 1995, David spent 10 years with Walt Disney TV International, leading the team which established the Disney Channel in all major markets and which was responsible for overseeing all of Disney’s programme and movie distribution and television investments outside America. When David left as President in 2005, the company had a turnover of $1.6 billion with operating profits of over $0.5 billion.

David has a degree in Pure Mathematics from Cambridge University and is a Founder of the Court of Benefactors of Gonville and Caius College. He has an MBA from Stanford Business School, where he was a Harkness Fellow, is a Fellow of the Chartered Institute of Management Accountants, a member of the Kirch Media Creditors Committee, and a non-executive director of Basildon Hospital Trust.